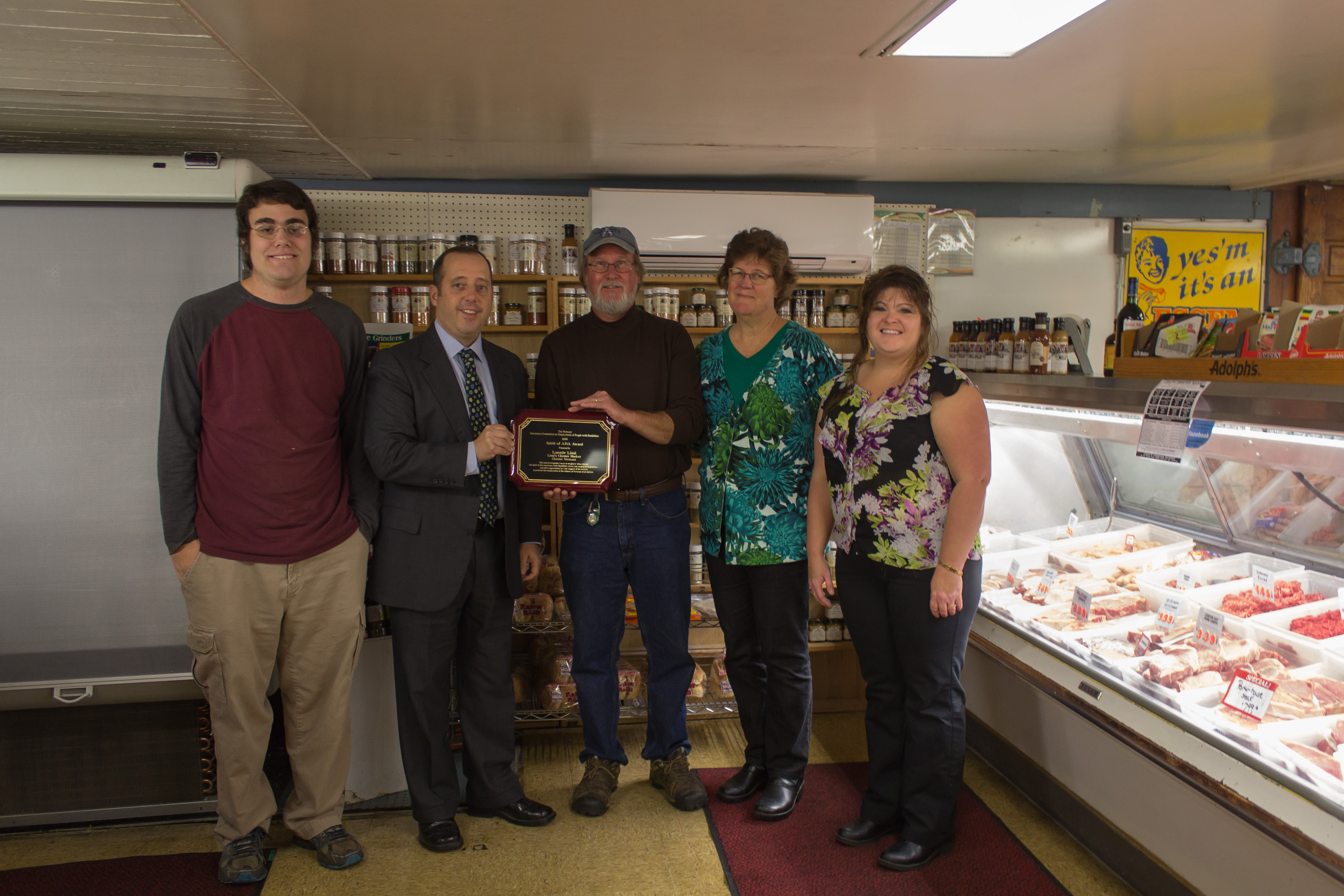 SPRINGFIELD, VT -On October 24, the Vermont Governor’s Committee on Employment of People with Disabilities (GCEPD) gave out “Spirit of the Americans with Disabilities Act” Awards to area employers who hire people with disabilities. Two local employers were selected to receive awards because of their efforts to hire and retain people with disabilities, a press release stated. In Springfield, Brian Walbridge from the state of Vermont Buildings, Grounds and Services received an award, and Lonnie Lisai who owns Lisai’s Chester Market received an award in Chester.

According to a press release put out by the GCEPD, any employer that successfully meets the following criteria is eligible for an award. 1) Recruitment outreach and equal accessibility in the application, interviewing, and hiring procedures for people with disabilities; 2) Use of on-the-job accommodations, modifications, progressive employment methods, and/or creative solutions for successful training and employment of people with disabilities; 3) Accessible physical structures, buildings, work stations and equipment, and services; and 4) Support for the employment of a person(s) with disability as an overall employment strategy.

Chair of the GCEPD Chris Loso said that he is excited about working with area businesses and giving the awards to local employers.

“I won the award two years ago for my business Loso’s Janitorial Services, and then I became part of the GCEPD,” he said. “I will be giving out awards throughout the state, and the awards are part of National Disability Awareness Month.”

Loso said that the awards are recognized and sponsored by the Vermont Department of Labor.

“The big goal for our committee is to help promote and educate people about people with disabilities,” he said.

Brian Walbridge who received the award in Springfield for his work with Vocational Rehab clients said that is was an honor to receive recognition for his efforts.

“It’s nice to be recognized for something you do,” he said. “Everybody needs a chance and I’ve had quite a few success stories hiring people with disabilities.”

Walbridge said that during his 15 years working for the Buildings, Grounds and Services department, between ten and 12 employees that he’s hired have come from Voc Rehab. “As with any employee, you have successes and failures,” he said. “But I won’t hesitate to ever hire people from Voc Rehab.”

Lonnie Lisai who received an award for his efforts to hire people with disabilities in Chester agreed with Walbridge about the award being an honor.

“It feels great to receive this award,” Lisai said. “We’ve been hiring students for a long time, so it’s nothing new for me.”

“Any employee feels good when they can contribute to the success of a business,” he said. “What could be better for anyone than to feel like they are part of a team?”